Protecting Freedom of the Press since 1873

Since 1873, your Nebraska Press Association continually strives to protect the freedom of the press, and assist the goals of its members, friends, and partners, including newspapers, advertising agencies, and individuals across the state of Nebraska. As Nebraska’s oldest trade organization, we are continuing that tradition in the 21st century.

In 2018, NPA and Media of Nebraska sponsored a multimedia campaign to promote awareness of the First Amendment. Through newspaper, TV, radio and social media, plus the campaign’s website, Think First reached an audience of over 12 million after the initial press conference on June 28, 2018 — in Nebraska and nationwide. Images from this campaign are featured at the top of this page.

NPA is member of Media of Nebraska, whose mission is to persuade the Nebraska Legislature not to limit the First Amendment rights of the news media and to pass legislation that enhances those rights.

Media of Nebraska was formed in 1972 when media representatives were reminded that it was better to defend the First Amendment concerns and access to information in the legislative branch than to have to fight for those rights in court. Current members include the NPA, the Nebraska Broadcasters Association, Nebraska Daily Publishers, Journal-Star Printing Co. and Omaha World-Herald. 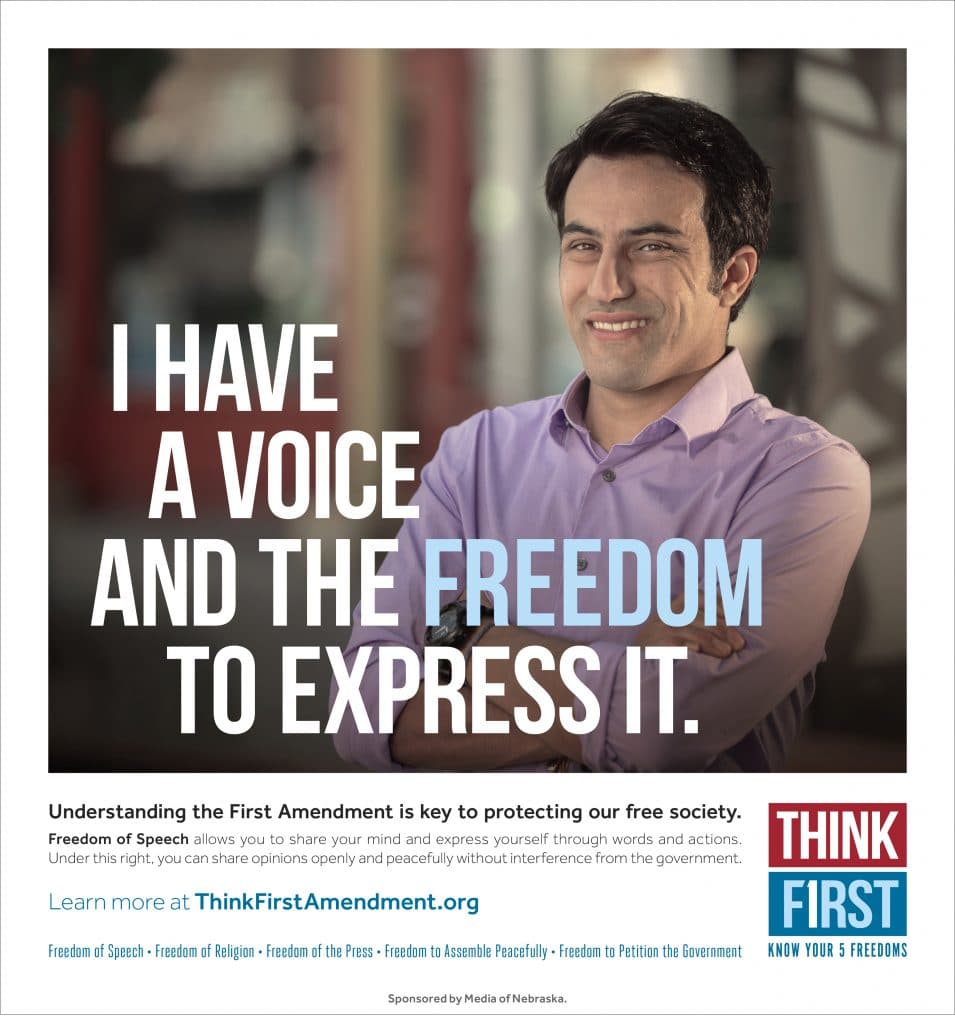 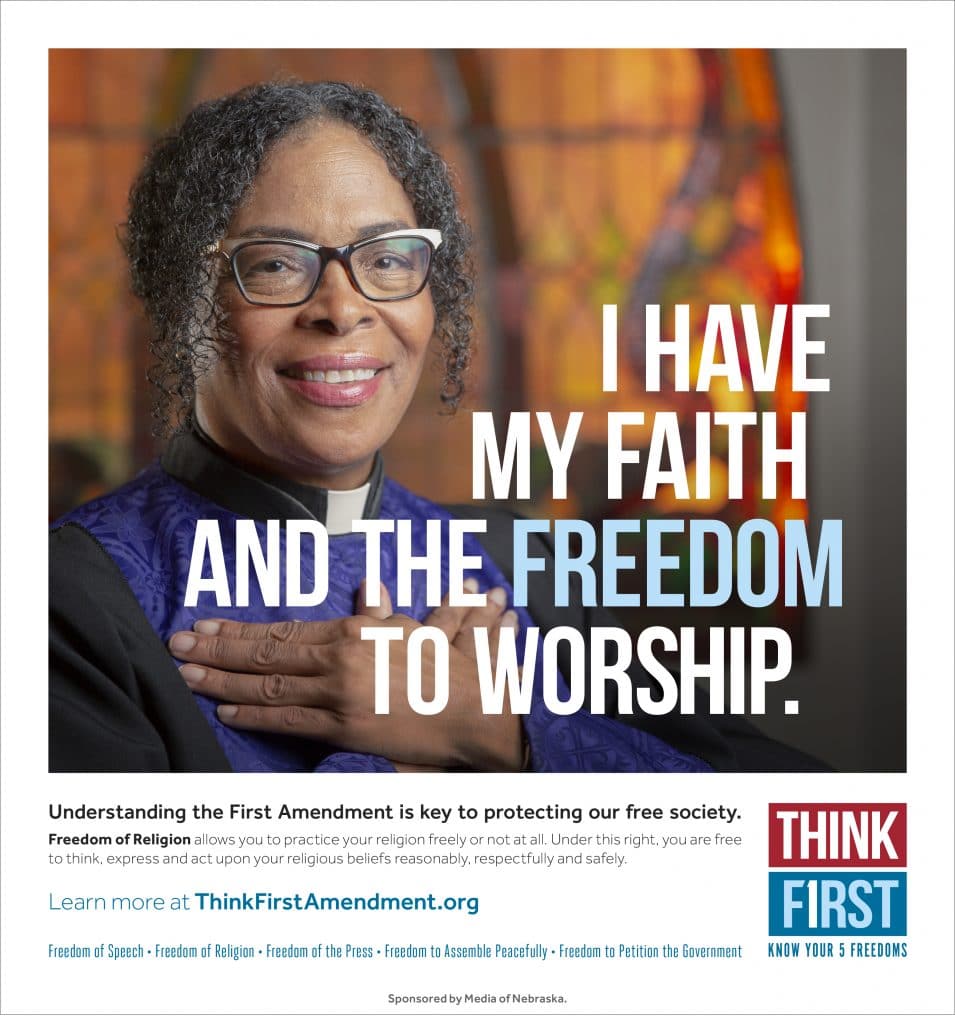 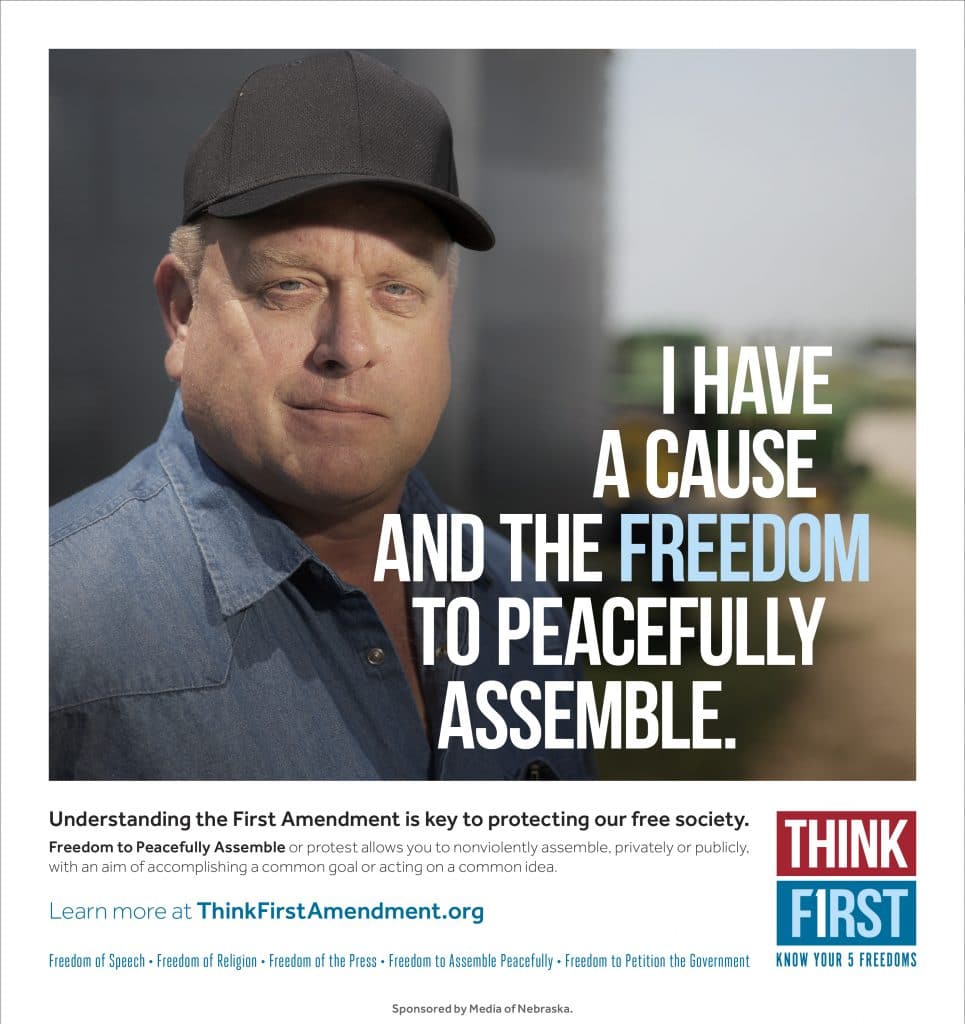 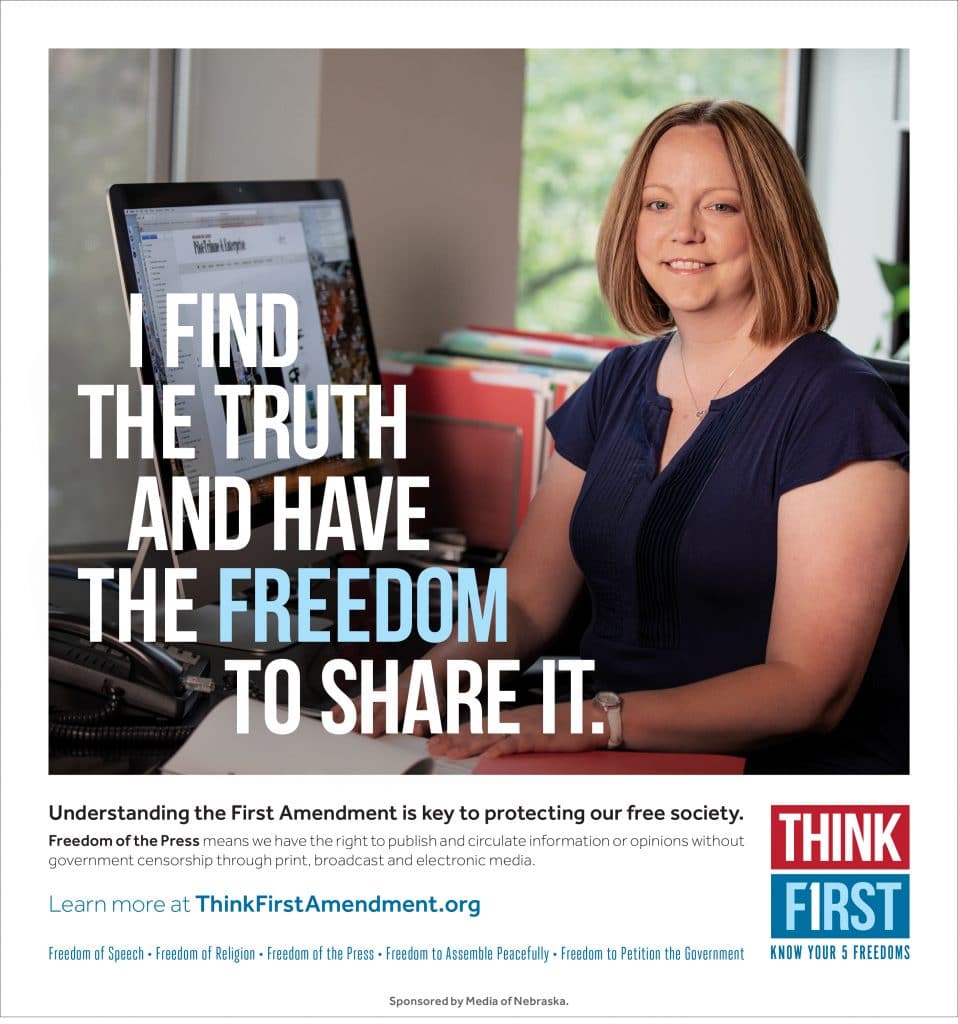 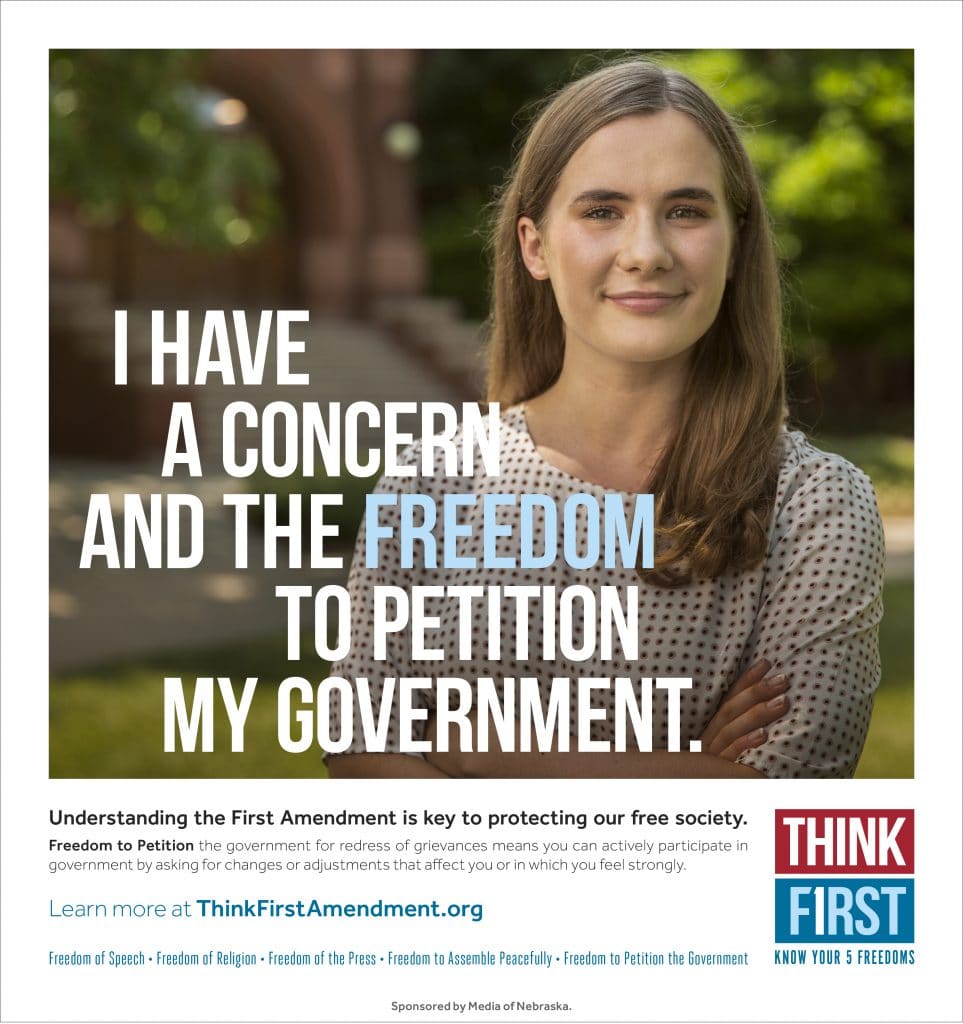 Media of Nebraska monitors all legislative bills introduced in the Nebraska Unicameral for any effect on First Amendment concerns or access to information.

Subjects covered by Media of Nebraska include, but are not limited to: